Thursday, November 15th, 2018, 18:00 at the Helios Gallery in Timisoara: opening of the exhibition Berlin Brigade, signed by Mike Terry, American anthropologist, resident in Germany. Event organized by the Diplomatic Art Association in collaboration with the German Cultural Centre in Timisoara and with financial support from the Goethe Institute Romania. Curator: Maria Orosan Telea.
https://diplomatic-art.blogspot.com/2018/12/diplomatic-art-mike-terry.html 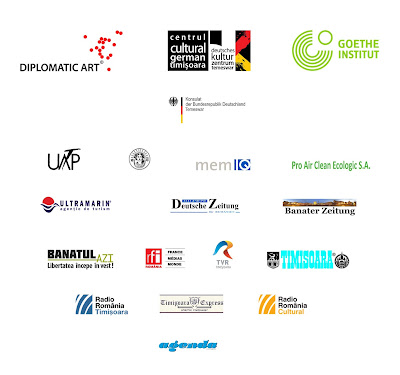 
And last but not least, many thanks to Maria Orosan Telea and Renée Renard (members of the Diplomatic Art Association).